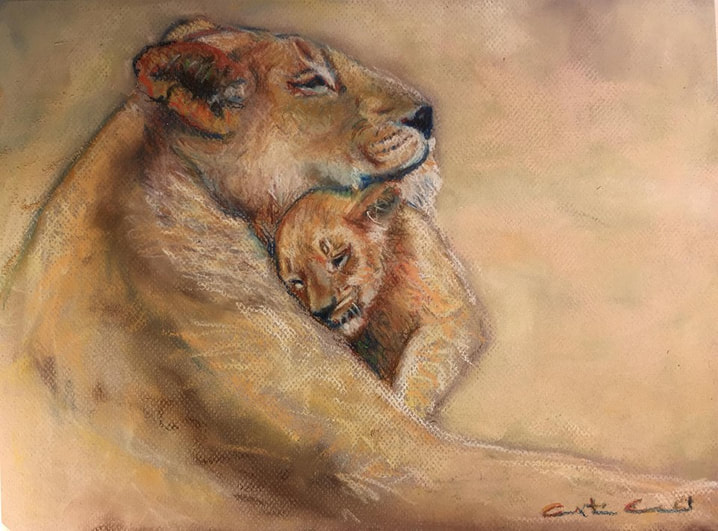 I remember the first time someone called me a mother in the spirit. I wasn’t happy about it. I was a single mother and being a mother was hard work. I didn’t understand why God would ask me to do something that had been really hard for me. I just wanted to be a flashy evangelist. You know...Breeze in and breeze out.
I wanted to see the Miracles.
Over the years more people have told me, you’re a mother in the spirit. I see children in foreign countries running up to you... calling you mama Chrisie.
I’ve had people come up to me in meetings and lay their head on my lap, and later I would find out they didn’t have very good mothers.
I’ve had spiritual mothers over the years, who carried me. Who would listen to me fuss and even let me cuss… Without judging me or getting upset.
Mothers who would listen and give me counsel. Who would listen to my struggles and let me confess my sins. Comfort and encourage me to get back on the path.
Being a mother is a hard job. In the natural, and in the spirit. Mothers get up in the middle of the night to comfort and rock babies. Mothers give baths and change diapers. Mothers are the first ones up to make sure everyone is fed and off to school. Mothers cry and pray over their children. Mothers get to take care of sick people and change diapers. Mothers prepare food and do all the shopping. Mother’s garden and clean. Their job is never done.
But most of all I think God created mothers, to love.
Recently I was struck by the Scripture where Jesus says “who is my family? Who is my mother...”. It’s sort of stuck with me, I had never thought about it. It’s easy to think about being his brothers and sisters... but he was saying we have the opportunity to be his mothers. He didn’t say fathers… He said mothers. That is such a powerful beautiful thing. When he was on the cross he asked John to be his mother’s son.
Mother’s birth things.
Mothers bring forth promises even out of barrenness. Mothers know how to push. They understand they have to pray until something happens. Hannah prayed until Samuel was born. She grieved that she was not yet a mother.
Even though Sarah laughed....Because she was barren and her husband was impotent. God still let her birth her promise. Just as God had said...her Issac came.
Mothers say, let it be done unto me, all you have spoken. Yes...
Mothers carry promises. They get to carry them. And they get to birth them.
Thank God for mothers.