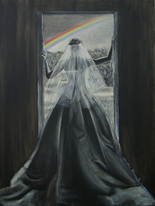 I know with the Lord, he honors me before men, by showing them who I am in Him.  For example, my most recent painting, Promised Blessing, a couple people very close to me said I had ruined it by adding the rainbow, so it not only hurt to be criticized, but it was very dishonoring the way they were speaking to me, even mocking the rainbow, saying it did not even look like a rainbow, calling it a “rain bar.”  I told them I paint for the Lord and so I did not care what anyone thought about my painting, besides I felt that the Lord Himself told me to put the rainbow in, so if they had a problem with it, they should speak to Him about it.  I explained that HE is the rainbow and the coming promise.  The next day one of these people emailed me shared their memory verse for that day, and I believe in that moment, the Lord honored me.  He said to this person, listen to her, she is speaking my words…and don’t say negative things about her paintings.

Whatever you do, work at it with all your heart, as working for the Lord, not for human masters, since you know that you will receive an inheritance from the Lord as a reward. It is the Lord Christ you are serving.  Colossians 3:23-24 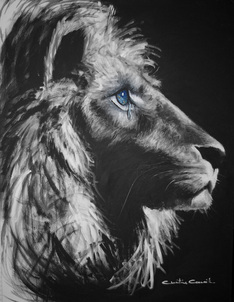 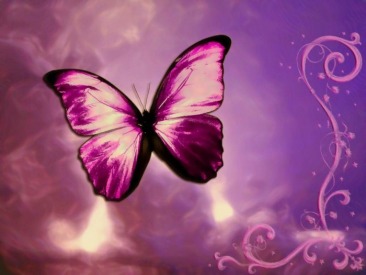 It is deep calling  to  deep,  with  a  simple  voice.  All the arts can be used to reveal Jesus...painting, dancing, sculpting, drawing, photography, music, writing... Prophetic  art  isn't  about  how perfectly the created piece is executed, but it is more  about how much of Him is in it.   Distinguishable because of the level of anointing  that rests on  it or the amount of revelation it brings. Birthed   out  of intimacy with Him, knowledge of  His  Word and time  spent  worshiping in  and  by His  Spirit.  It   is  the revealed  WORD  of  the  LORD.